About the Shochu Project

Mishima village in Kagoshima Prefecture has a population of 374 (as of August 2019) and is the smallest village in Japan with problems of population decline and aging. Mishima Village consists of Mishima Islands, Takeshima, Iwo-jima and Kuro-jima. “Mishima Shochu Muku no Kura” was established on 1 of these islands, Kuro-jima, with the aim of regional development. (Started operation in September 2018) It is a public Shochu brewery that is rare in Japan, and there is a regional development project to make Shochu using sweet potatoes and water from the island. 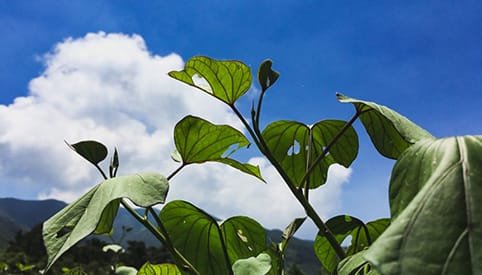 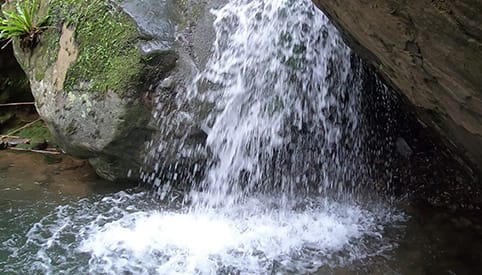 The Shochu project is made up of the cooperation of the residents of Mishima Village, the Mishima Village Office, and the people of long-established Shochu related companies in Kagoshima. First, sweet potatoes and Beniotome, which are the raw materials, are cultivated mainly by senior citizens’ associations and sweet potato farmers. Since 2005, they have been engaged in a wide range of activities, from raising seedlings and planting in spring to harvest and sort potatoes in autumn. The village office promotes the project and cultivates dormant farmland, and the office staff themselves work at Shochu brewery and actually produce Shochu. The Shochu distillery has become a place where the islanders, local government employees and immigrants of regional development cooperation team work together. In this project, “Shochu Muku no Kura Mishima” is supported by the technical support of Hamada Shuzou and other long-established Shochu manufacturing companies. 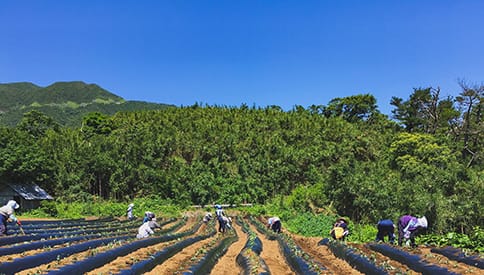 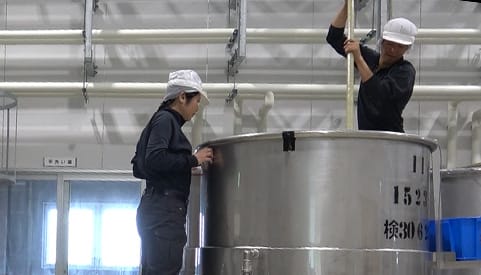 The Shochu project started with the idea of the ninth village mayor Kurihara, who wanted to make Shochu in the village. At first, however, it was unable to produce Shochu in the village due to licensing and laws, so Shochu was created by sending raw sweet potatoes from Kuroshima to Hamada Shuzou to produce Shochu “Minimamura”. For 13 years since the birth of the first Shochu “Mishimamura”, Hamada Shuzou has continued to make it every year. Since 2017, Shochu “Mendon” has also been produced using sweet potatoes from Iwo Jima. More than 10 years have passed since the start, and the village was certified by the Prime Minister as “Shochu special district” with the efforts of the current mayor of Oyama. In 2018, a long-cherished wish was finally granted and a new Shochu brewery was established in the village, and it is how village manufacturing started. *Shochu special district is a special district where Shochu can be produced even if the production volume is below the standard specified in the Liquor Tax Act. In Mishima village, it is designated as a Shochu special district on condition that sweet potatoes and water in the village are used. 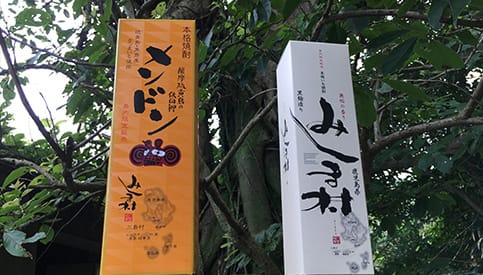 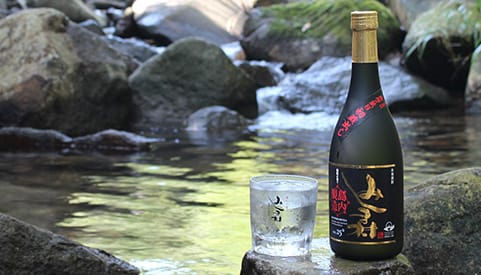